Getting along with 3D printing requires you to have a sound knowledge of tools and technologies being used in 3D printing. It gives you an edge and helps you to enhance your productivity and print quality.

Having an understanding of the 3D printer’s parts allows you to better customize your design and model according to your choice and preferences. One such important part of the 3D printer is an extruder.

The extruder is considered as the most crucial element of the 3D printer, and neglecting it will directly affect the output result. To give you an idea, this article is going to cover all the basic details that you should know about an extruder.

What Is an Extruder?

To put it into simple words, an extruder is defined as the part which is responsible for handling the filament, pushing or pulling the material along the extruder, melting the filaments, and ejecting it in liquid or semi-liquid shape to form a model on a print bed. 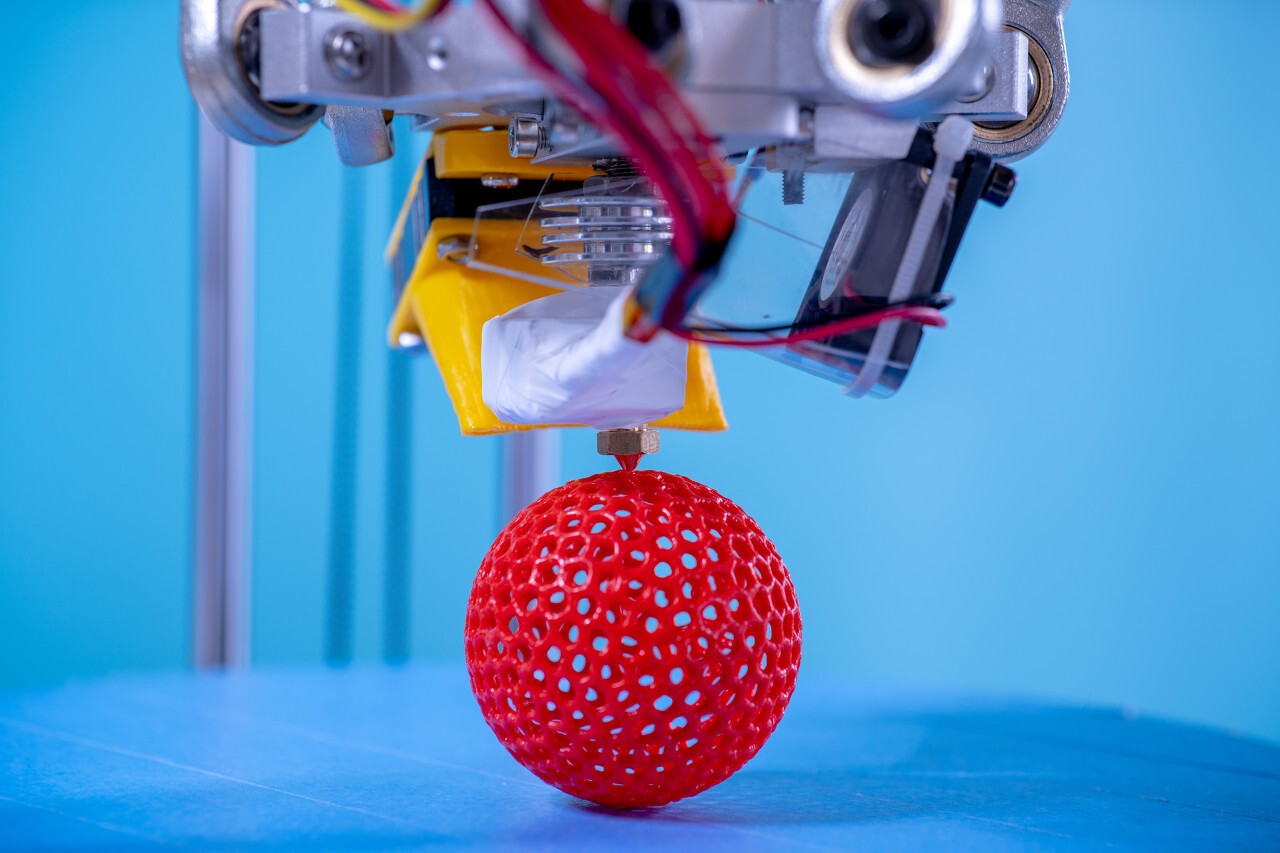 The extruder is typically made up of different tools and consists of mainly two portions, which are known as the cold end and hot end. Below you will see in detail the function of both parts.

The filament is not melted in this part. The layout and design of the hot end depend on the types of extruders, which are later mentioned in this article.

Specifically, the cold end incorporates a spring-loaded tensioner to place the filament and appropriate tubes for filament’s movement.

The stepper motor, along with other gears, and shafts, makes the filament to move to the hot end part of the extruder so that it gets melt and can be used to from 3D model.

There are versions in this part of the extruder which set apart in terms of design and procedure. Each variety of the cold end has its own benefits, and the use of it is mainly based on the type of printer and the filament.

The hot end is the part of an extruder where the filament form changes according to the requirement and then extruding it on the print’s surface. The hot end is responsible for a number of tasks and therefore consists of several elements.

By and large, there is a heated chamber or heater cartridge for melting the filament, heat break, and heat sink for directing the required temperature as it is very important, heating block to ensure adaptation and movement of the filament to the building plate. All these components make a hot end.

In the end, the hot end is connected with the nozzle through which the filament is placed on the building bed to form a 3D object.

Type of the nozzle, the diameter, and the size are important factors to look for when choosing the nozzle for your print, as these factors play an important role in the efficiency of your model.

There are different versions of the hot end available, offering different temperature ranges and other parameters. Choosing the right set of an extruder and, specifically, the hot end is based on the equipment and type of filament you will use.

To be precise, there are two main types of the extruder which are used by the professionals. Selecting the correct type of extruder is mainly depends on the type of 3D printer you have, the speed and quality of the prints you require, and the type of filament material you will use to build 3D models.

Below you will see a comprehensive detail about these two types.

A direct drive printer extruder is directly linked with the hot end and is positioned over the hot end. It reduces the filament path, and thus it minimizes the chances of getting an error while spouting the filament.

As it is placed directly above the hot end, it may result in a burden over the print head; poor assembling can create problems and can affect the quality of the prints.

On the other hand, using a direct drive extruder allows you to better control the retraction parameters. In addition, a direct extruder will enable you to work with a different types of filament materials.

To work effectively with a direct extruder, you need to have a stable printer frame so that the weight of it does not affect the performance.

In a Bowden extruder, the hot end and the cold end of an extruder are linked by the tube where the cold end part is fixed with the printer’s body.

As the Bowden extruder does not cause a burden over the print head, it offers high speed, better control and is much lighter as compared to direct drive extruder.

The only thing that can affect is that the filament path is longer in the Bowden extruder, and it will require high pressure to push through the tube.

As the world is being technologically advanced at a fast pace, 3D printers are also getting an upgrade. Now there are some printers that allow you to work with two or more extruders at the same time.

You can use different filament materials in each extruder and can set distinct parameters. It saves much of your time with increased productivity and performance.

Which Type of Extruder You Need?

By knowing the details of both types of extruders above, there are some factors that help you to determine which type of extruder is best suitable for you.

Among all the elements, it mainly depends on the type of 3D printer you have, the filament material you will use, and the speed and quality you want.

Conclusion
By going through this article, you have equipped yourself with profound knowledge of one of the most important parts of the 3D printer.

You will see a significant improvement in your design and structures once you are fully aware of the printer parts, which highly affects the quality and efficiency of the result.

With improvement, you will make fewer mistakes, and it will ultimately save your resources, money, and, most importantly, your time.